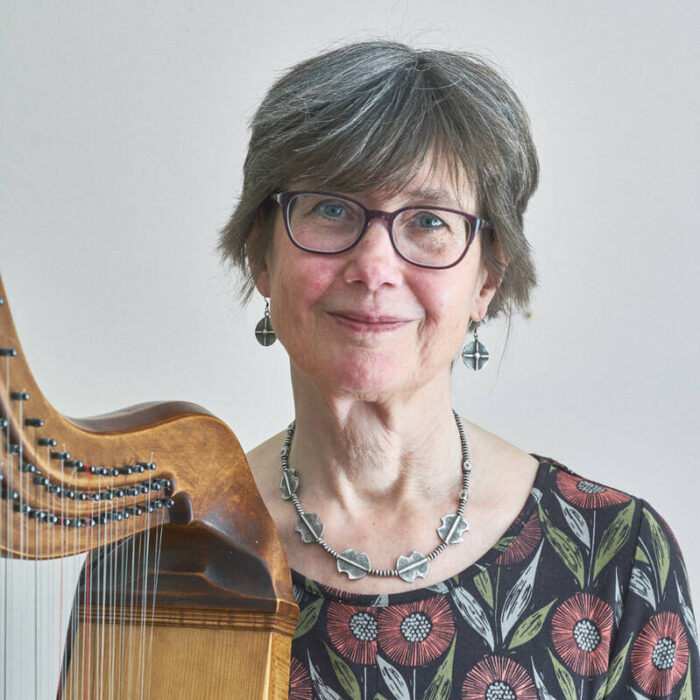 Tickets: £15 (£10 for members of the Grinling Gibbons Society/The Friends of the City Churches) Payment by cash only on the door. Reservations essential; please email christina@hemsley.com

Queen Henrietta-Maria’s Garland: A concert of Baroque music (1600-1750) for the harp

In association with London City Churches, the GGS invites you to the second concert in the series, “A Musical Celebration of Grinling Gibbons”, in tribute to Gibbons’ love of music.

The triple harp was something of a speciality among the wealth of plucked instruments used in the 17th Century both to accompany and in a solo role. Its three rows of strings make it fully chromatic, on a par with the lutes and keyboards of the day, able to play music written for these instruments, and with a beautiful timbre somewhere between the two. Known in England at the courts of both Charles I and Charles II, it survived well into the time of Handel.

Frances Kelly has enjoyed a wide-ranging career reflecting her broad interest in music from the middle ages to the present day. She is now best known for her pioneering work with early harps and has been much in demand as a continuo player. For nearly two decades she has been harpist with the Choir and Orchestra of the Sixteen and she has performed, broadcast and recorded with many other distinguished early music ensembles, among them the Orchestra of the Age of Enlightenment, with whom she performed Mozart’s Concerto for Flute and Harp in 2016 at the Royal Festival Hall under the baton of Sir Roger Norrington.