Skip to content
WHATS on
Home | Whats On | Songs of love, passion and devotion from the time of Grinling Gibbons 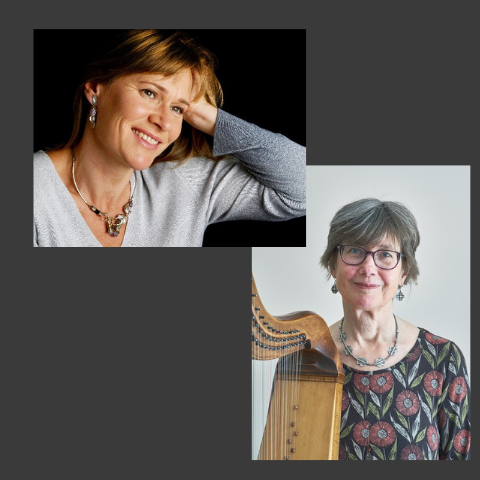 Tickets: £15 (£10 for members of the Grinling Gibbons Society/The Friends of the City Churches) Payment by cash only on the door. Reservations essential; please email christina@hemsley.com.

Songs of love, passion and devotion from the time of Grinling Gibbons

Catherine’s concerts range from Verdi Requiem in Symphony Hall Birmingham and Elgar in Krakow to medieval songs in the USA and Spain (in ancient churches and even in caves). Her opera appearances include roles in Wagner’s Ring Cycle at LongboroughFestival Opera. She performs across the world with concerts in Italy and Germany (Bach motets), Antwerp and London’s Cadogan Hall (Gothic Voices), Edinburgh’s Usher Hall (Verdi  Requiem) and Cheltenham (solo song recital). Future concerts include Poland, Germany, the Netherlands and London (Wigmore Hall).

Frances has enjoyed a wide-ranging career reflecting her broad interest in music from the middle ages to the present day. She is now best known for her pioneering work with early harps and has been much in demand as a continuo player. For nearly two decades she has been harpist with the Choir and Orchestra of the Sixteen and she has performed, broadcast and recorded with many other distinguished early music ensembles, among them the Orchestra of the Age of Enlightenment, with whom she performed Mozart’s Concerto for Flute and Harp in 2016 at the Royal Festival Hall under the baton of Sir Roger Norrington.