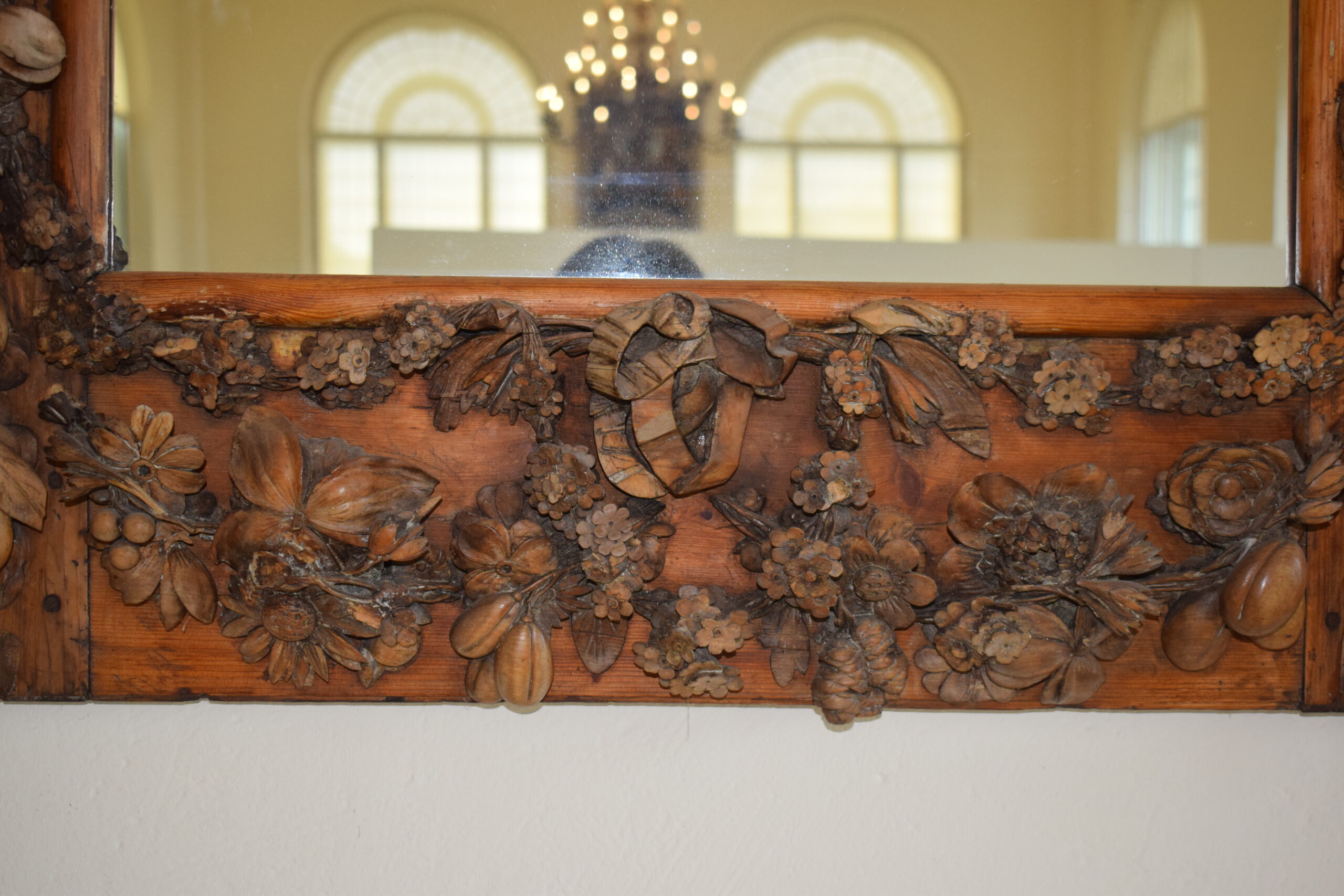 This picture frame/surround is stylistically typical of Grinling Gibbons, and the quality and styling of the applied limewood carvings lend strong support to this attribution. The frame is comprised of cherub heads, which gaze inwards towards the centre space (likely where a portrait would originally have been set), flanked by wreaths of forget-me-nots and vine leaves.

Overmantel picture surrounds were a common domestic arrangements by Gibbons, although this is smaller than other extant examples. At some point, this frame was cut out of its original surrounding panelling, the lower left edge was cut off, and a mirror was added.

A label on the reverse of the frame (‘Mirror made by Gibbons, Fitzharry’s House’) identifies it as having come from Fitzharris Manor in Abingdon, although no further evidence is available to support this and the label is clearly of some later date. It has be in the possession of Abingdon Town Council since c.1860.

At some point the frame was gilded and held a portrait of the monarch. The gilding was later removed and the carvings were limewashed to restore their likely original appearance. The restoration was carried out by the Rural Industries Bureau in 1960. The frame with mirror has been on display at Abingdon Country Hall Museum since the 1970s. 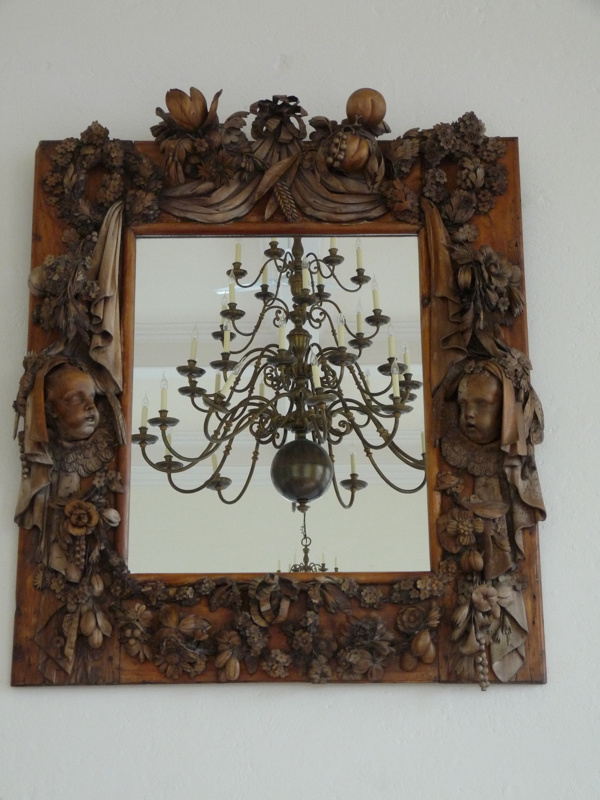 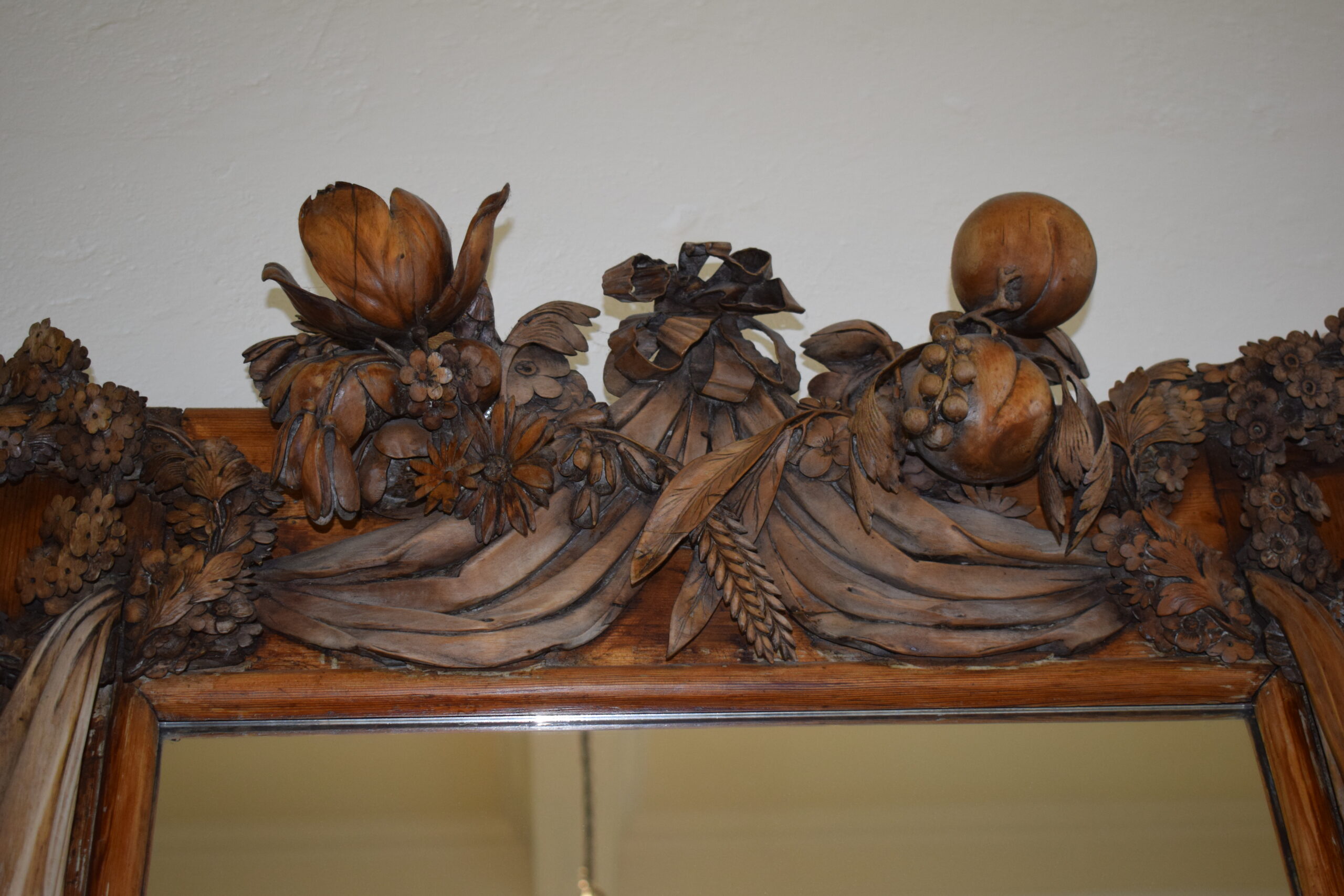 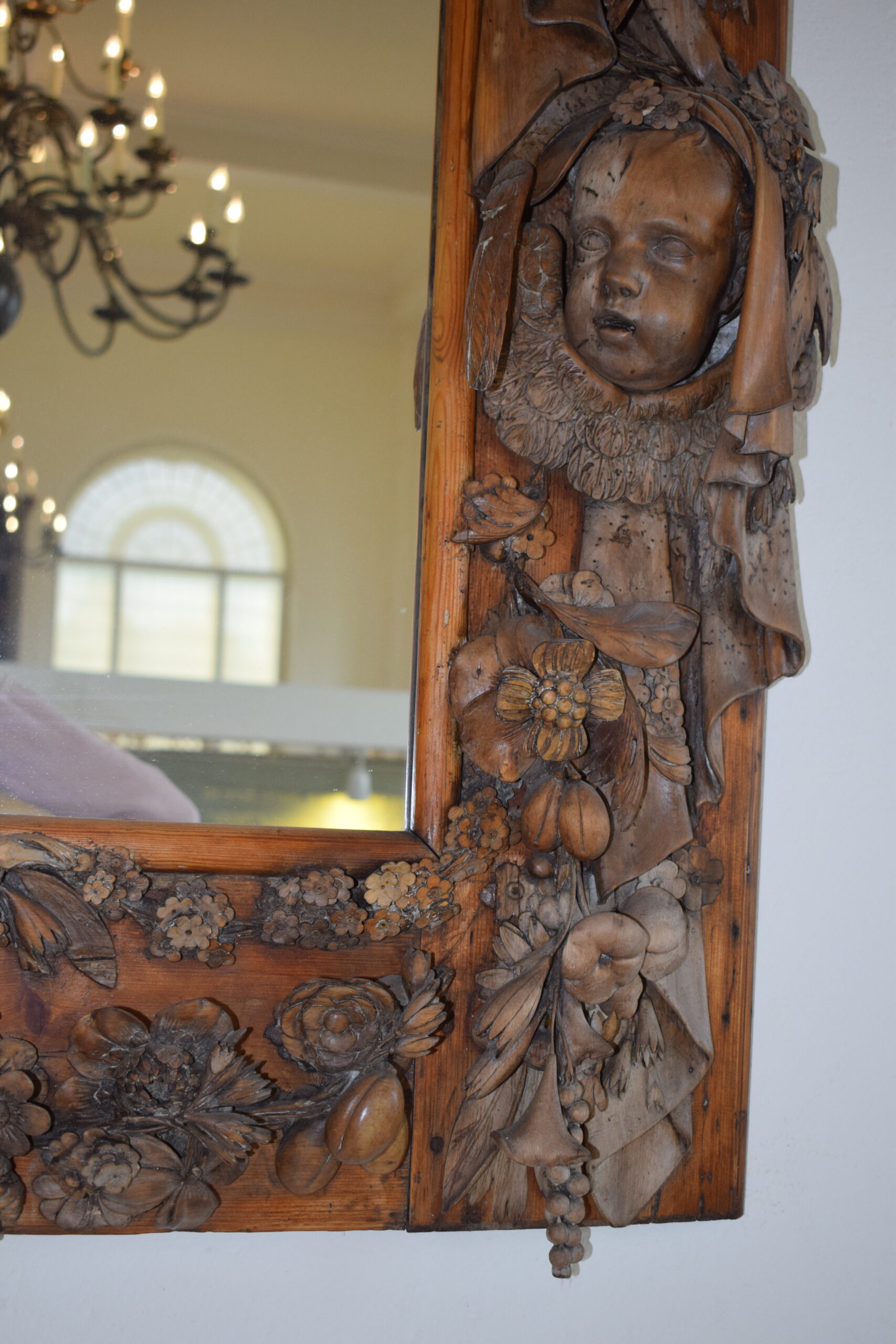 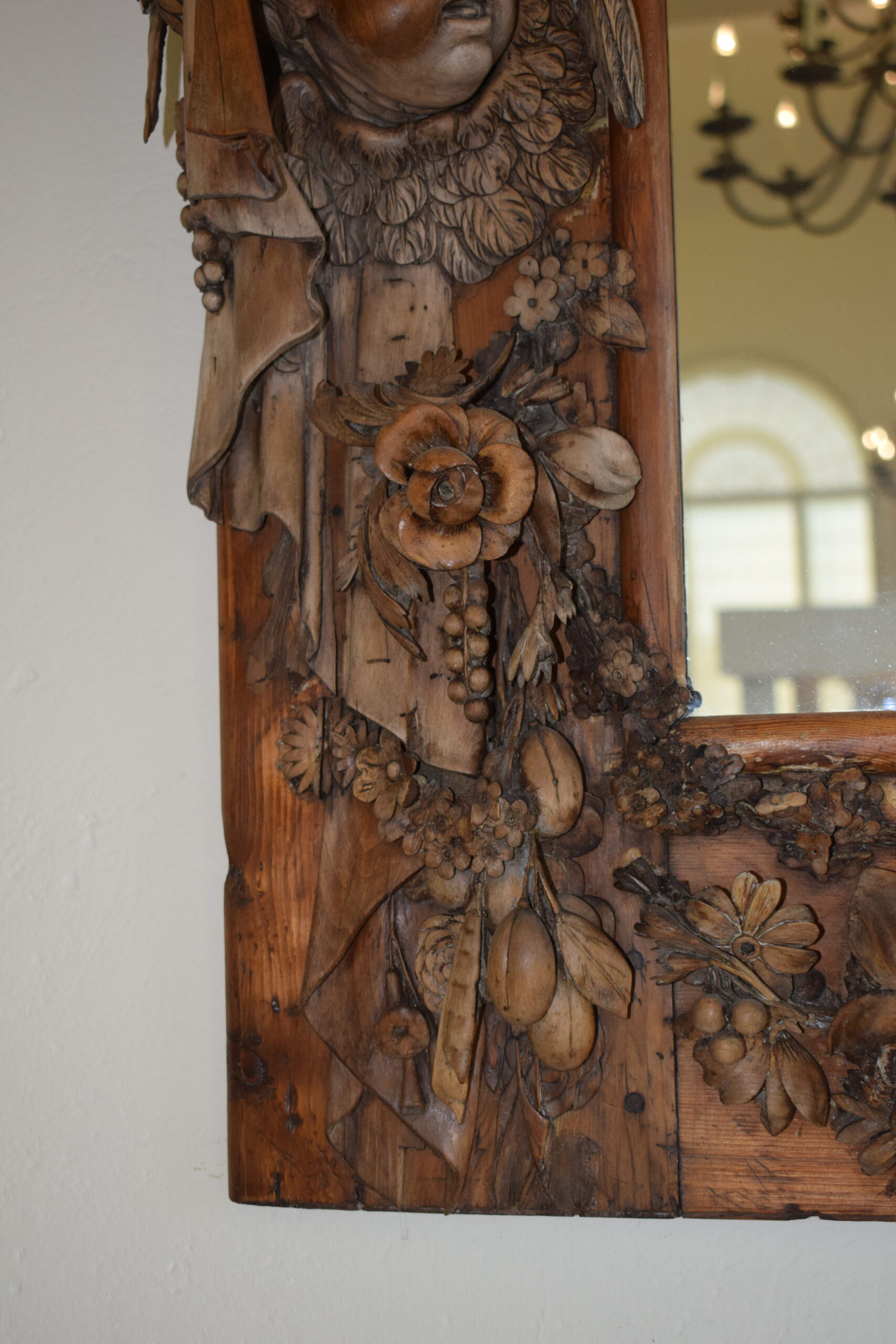 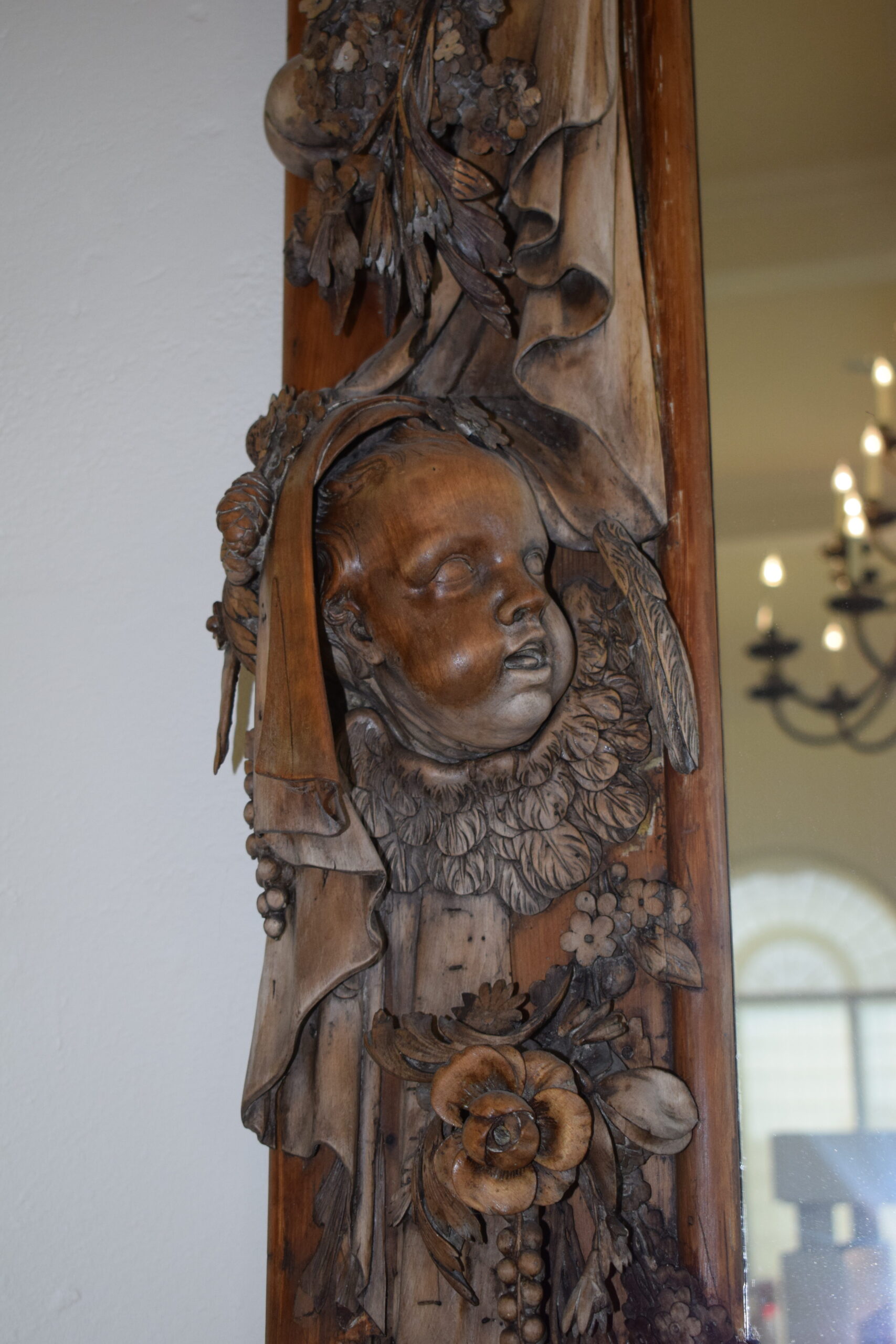