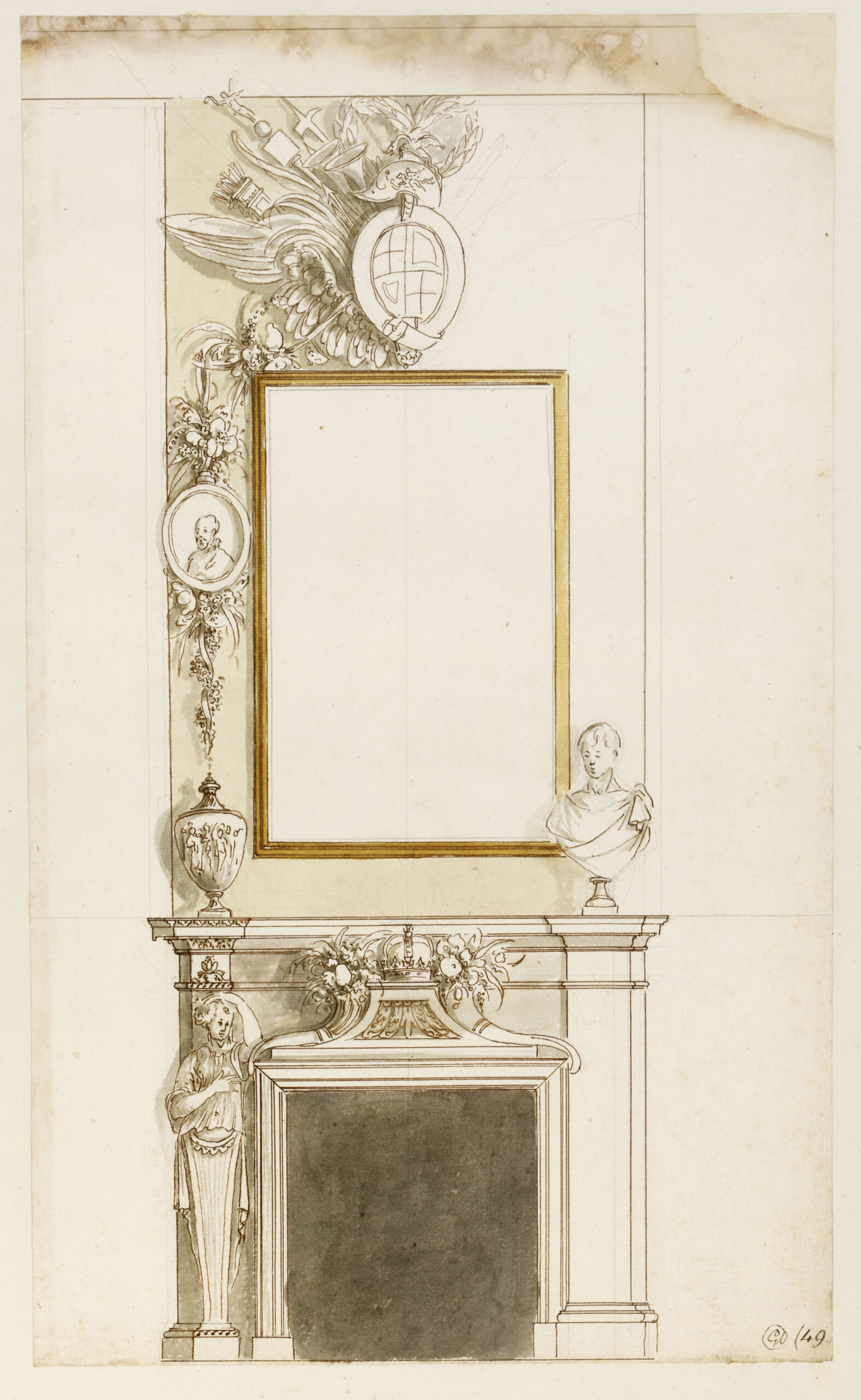 Design for a chimney-piece with an heraldic shield, it offers a richly carved marble fire surround with alternatives left and right. On the left, the hearth surround projects at least as far as the draped female term figure whose elbow rests on its top surface, behind a cornucopia. This lies on the concave side of a central pedestal that supports a central crown. To the right the surround is bordered by a pilaster that is set forward of the architrave of the hearth. While the figurative scheme of the left presupposes full-depth treatment of the cornucopia, pedestal and crown, the much flatter treatment on the right suggests that the same sculptural group would be carved in low relief. However, Gibbons does not appear to have maintained the same shallow projections in the mantel shelf area, for his bust on the right appears similar in depth to his vase on the left. Ruled border lines in graphite mark narrow bands for architrave frames either side of the chimney breast to fix the damask covering of the overmantel wall (see 110/47 [Design for Chimney-Piece with Urn on this website]).
The martial trophy above the portrait frame brings together several victory motifs found on the Hampton Court album chimney-piece designs: a helmet with a St George and the dragon relief, surmounted by a winged serpent, and a radiating backdrop of laurel crowns, standards, fronds, bow and arrows, and a pair of trumpets, all set on an eagle’s wing, from which hangs a ribbon, tied across from the side of the overmantel, from which is suspended a portrait roundel set in sprays of flowers.

Literature: Wren Society, IV, pl. 29, bottom.
Digitisation of the Drawings Collection has been made possible through the generosity of the Leon Levy Foundation.
If you have any further information about this object, please contact: drawings@soane.org.uk