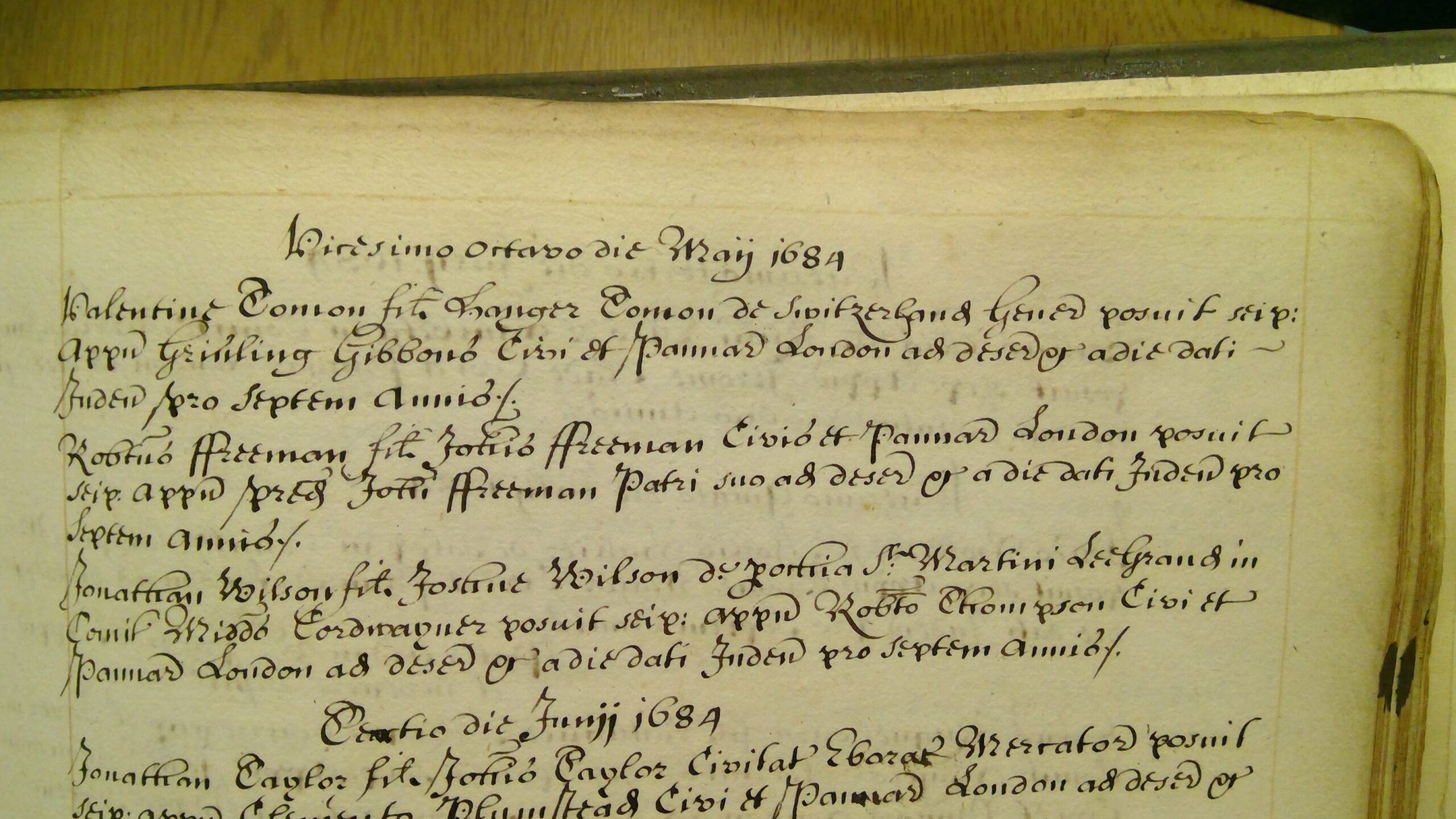 This entry in the Draper’s Apprenticeship Bindings Book shows that Gibbons took his sixth apprentice, Valentine Tomon, son of Langer Tomon of Switzerland, Geneva on 28 May 1684. Up until this point Gibbons had taken a new apprentice on every two years. Tomon’s indenture to the master carver came after a three-year interval, however, Gibbons’ seventh apprentice was to follow in less than a year.

During this busy period Gibbons is known to have been working at Badminton House, Gloucestershire (1683) and Burghley House, Northamptonshire (1684) while also undertaking the renowned reredos at St James’ Piccadilly (1684). His workshop’s stone commissions were was also continuing to grow with funerary monuments and the celebrated statue of Charles II for the Royal Exchange.