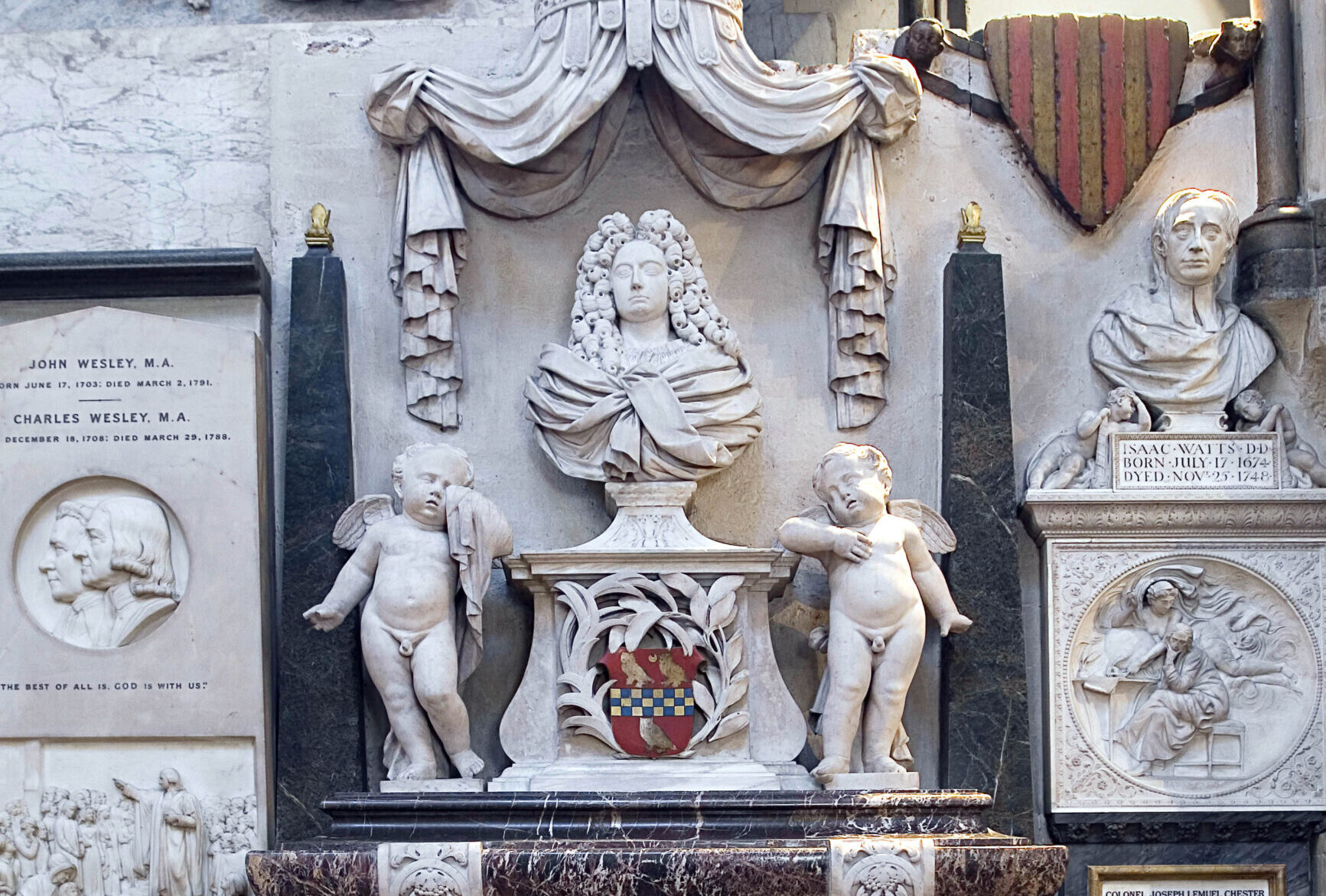 The standing monument to George Stepney, diplomat, is attributed to Grinling Gibbons. Located in the south choir aisle not far from Stepney’s grave it is carved from white and coloured marbles and is composed of a plinth and basement on which is a sarcophagus. A bust of George sits atop a pedestal decorated with a painted shield of arms. On either side is a winged cherub, in front of an obelisk surmounted by a gilded finial, and above is a tented canopy on which is an heraldic crest.

The Latin inscription can be translated:

Here lies interred George Stepney, Esq., for his ready genius, knowledge of learning, sweetness of temper, experience of the world, acquaintance of great men, elegance of language, style and life, eminent stations he held, of Britain and Europe, much celebrated in his time, and to be ever celebrated to posterity. He conducted several embassies with that integrity, application and facility, that he ever discharged the trust reposed in him by those august princes William and Anne, and generally exceeded their expectation. After a length of honours, which he passed through in a short space of time, after a narrow life, but extensive fame, he calmly breathed out his soul to higher regions. 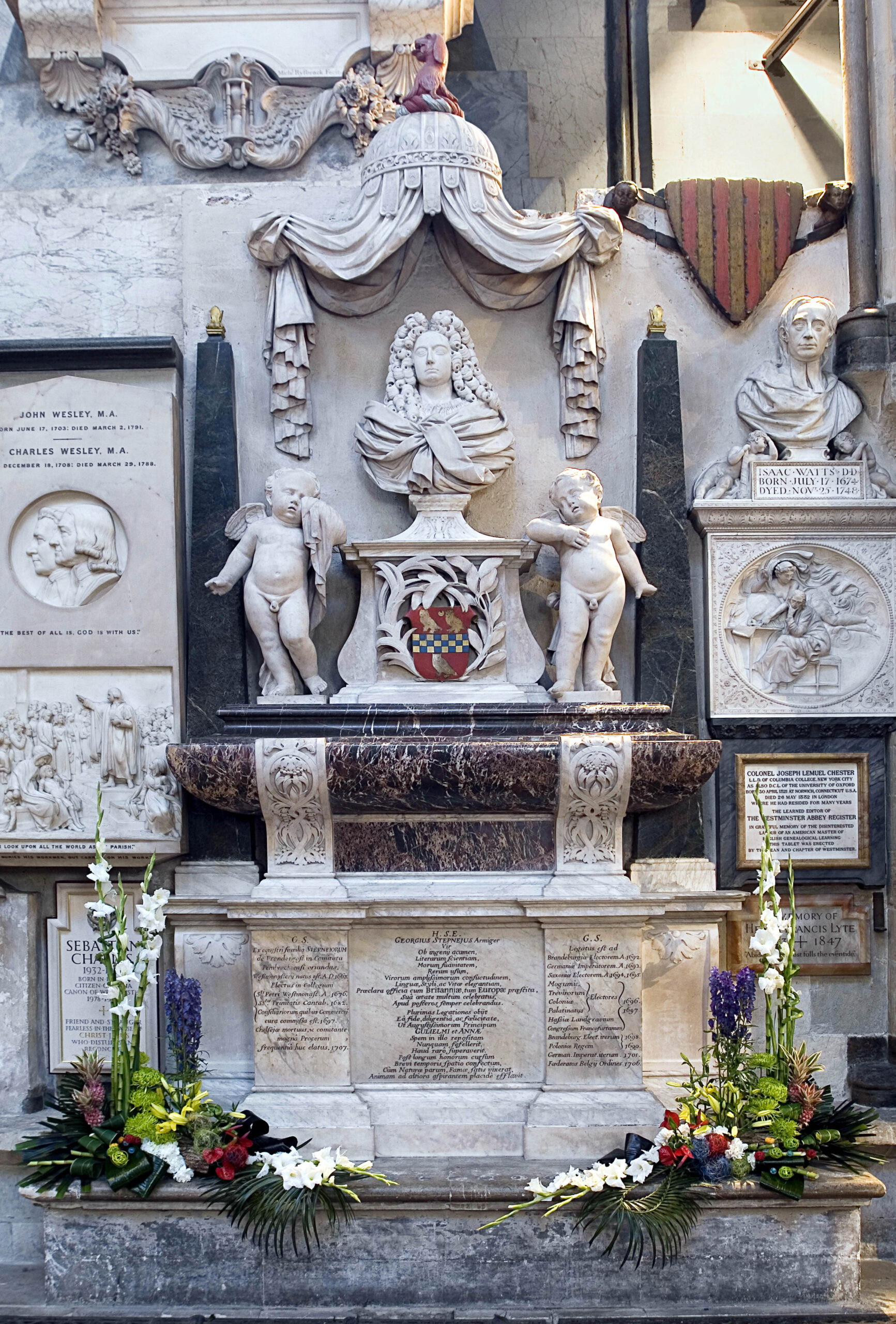