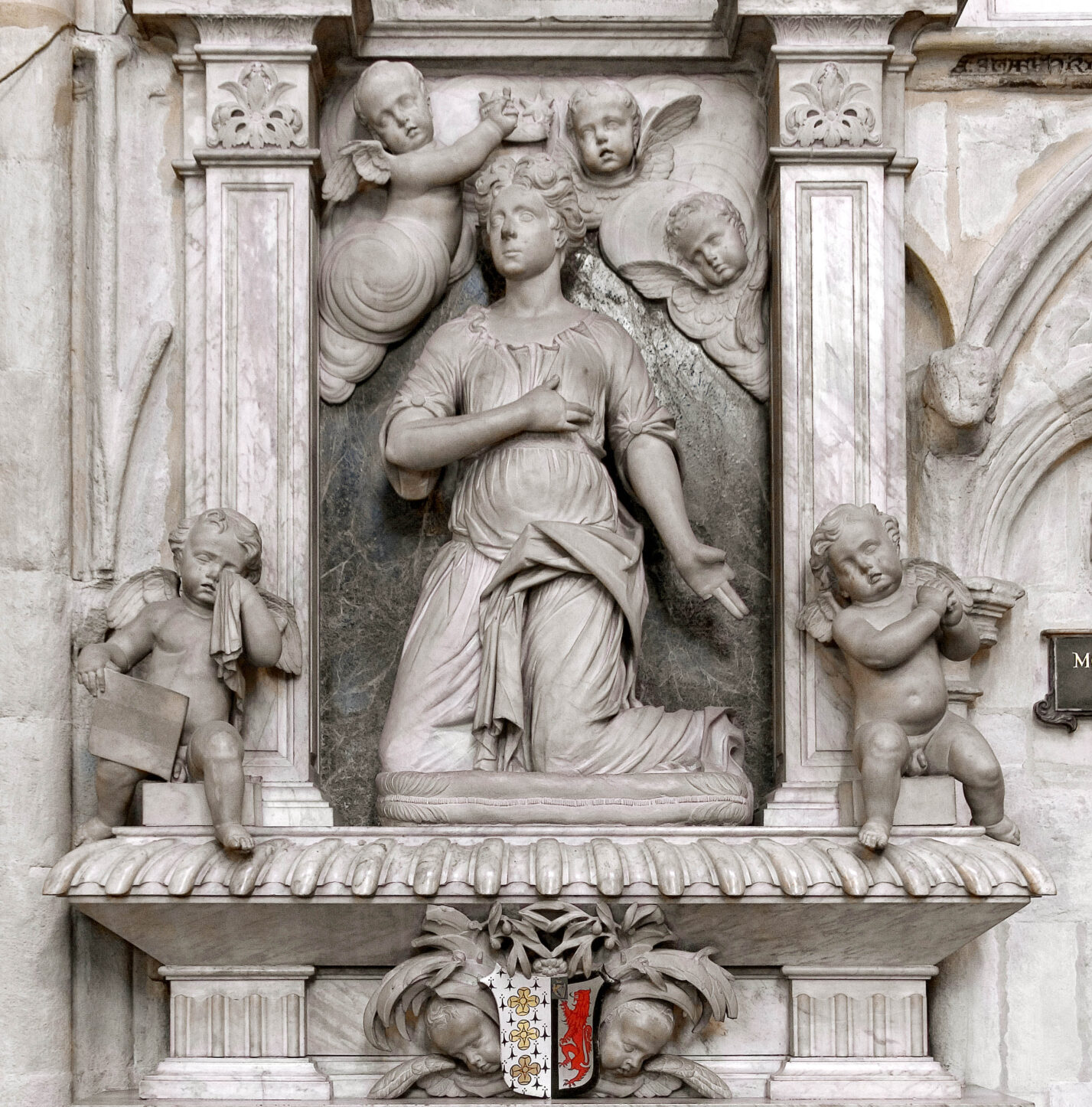 In the north aisle of the nave of Westminster Abbey is a monument in black and white marble, by sculptor Grinling Gibbons, to Mary Beaufoy. She was buried on 17th July 1705 aged 28. Her effigy kneels on a cushion and above, in clouds, are cherubs who place a crown of glory (now broken) on her head. The monument was originally surmounted by an urn and garlands of flowers but these were removed in the late 18th century. A shield of arms is now placed below the sarcophagus. The arms originally were “Ermine, on a bend azure three quatrefoils or (for Beaufoy), impaling argent a lion rampant gules within a bordure sable, on a canton azure a harp crowned or” (for Lane) but when they were repainted the bend was omitted.

Near this place lyes the body of Mrs Mary Beaufoy, the only daughter and heir of Sr Henry Beaufoy of Guyscliffe near Warwick, by the Honoble. Charlotte Lane, eldest daughter of George Lord Viscount Lansborough, and now the widdow Lady Beaufoy; who caus’d this effigies to be made and erected at her own charge in memory of her deare daughter, the loss of whom she shall (while she lives) very much lament. Reader, who e’re thou art, let the sight of this tombe imprint in thy mind, that young and old (without distinction) leave this world: and therefore fail not to secure the next. Obiit July ye 12th 1705. 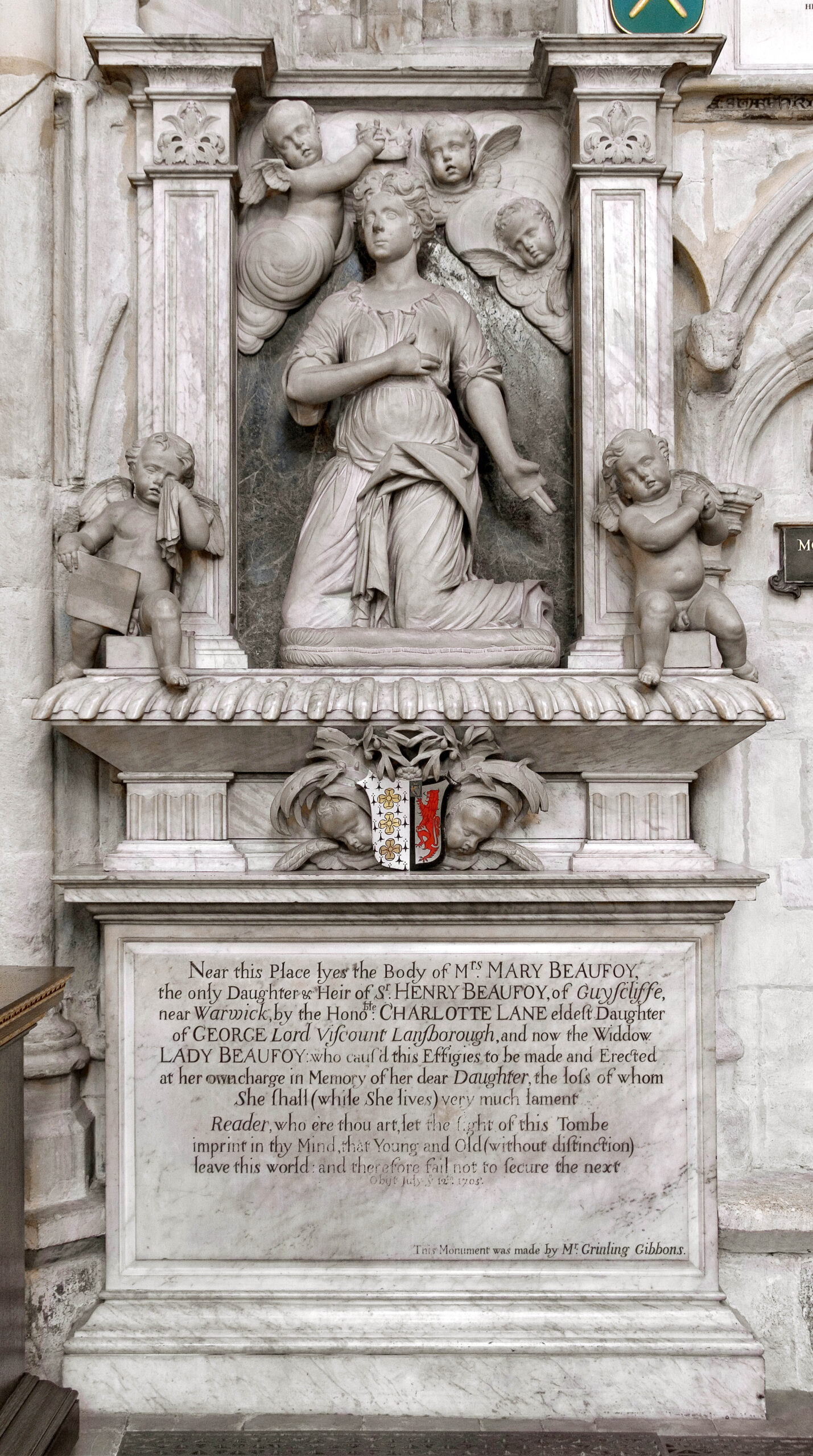