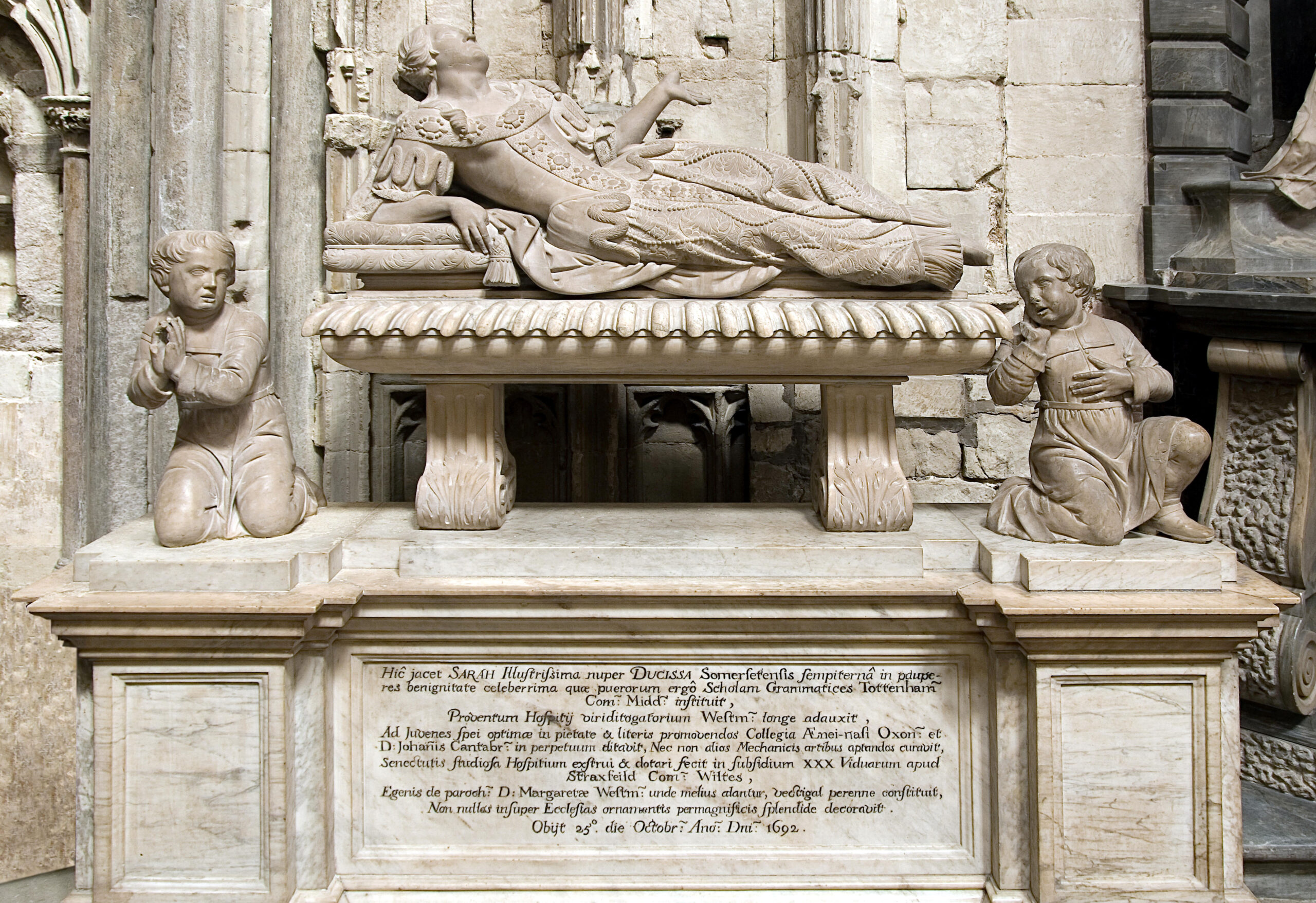 The free-standing funerary monument to Sarah, Duchess of Somerset (philanthropist) in the chapel of St Michael in Westminster Abbey was possibly sculpted by Grinling Gibbons and his workshop. It depicts a reclining effigy of the Duchess in contemporary dress and robes, between two kneeling Charity schoolboys.

The original canopy, pilasters and coat of arms were removed in the 19th century when the monument was reduced in size. A detached heraldic fragment survives in the Abbey Collection. A contemporary engraving by J. Cole in John Dart’s History of Westminster Abbey reveals how the monument would have originally appeared and the significant loses it has suffered when remodelled.

The base bears a Latin inscription which can be translated as:

Here lies the late most illustrious Duchess of Somerset, ever celebrated for her charity and beneficence, who erected a grammar school for boys at Tottenham in the county of Middlesex, enlarged the income of the Green Coat Hospital at Westminster, largely endowed Brasenose College in Oxford, and St John’s in Cambridge, for the education and nourishing of youth in piety and good literature; she was likewise an encourager of trades and handicrafts, and had a tender regard to old age, by erecting an almshouse at Froxfield in Wiltshire for thirty widows: she was very charitable to the poor of St Margaret’s Westminster, where she instituted a lecture, and gave many stately ornaments to the Church. She died the 25th of October 1692. 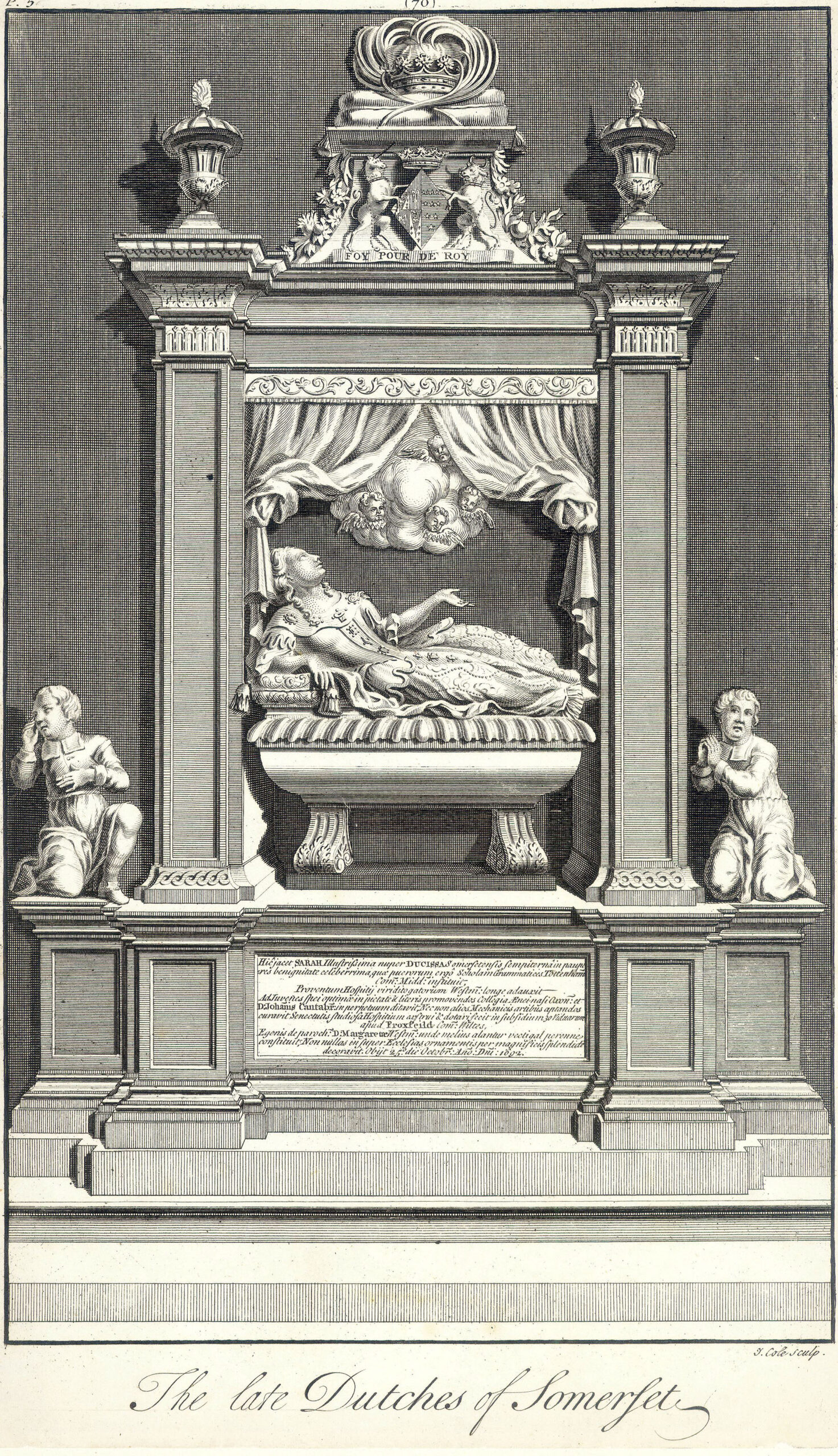