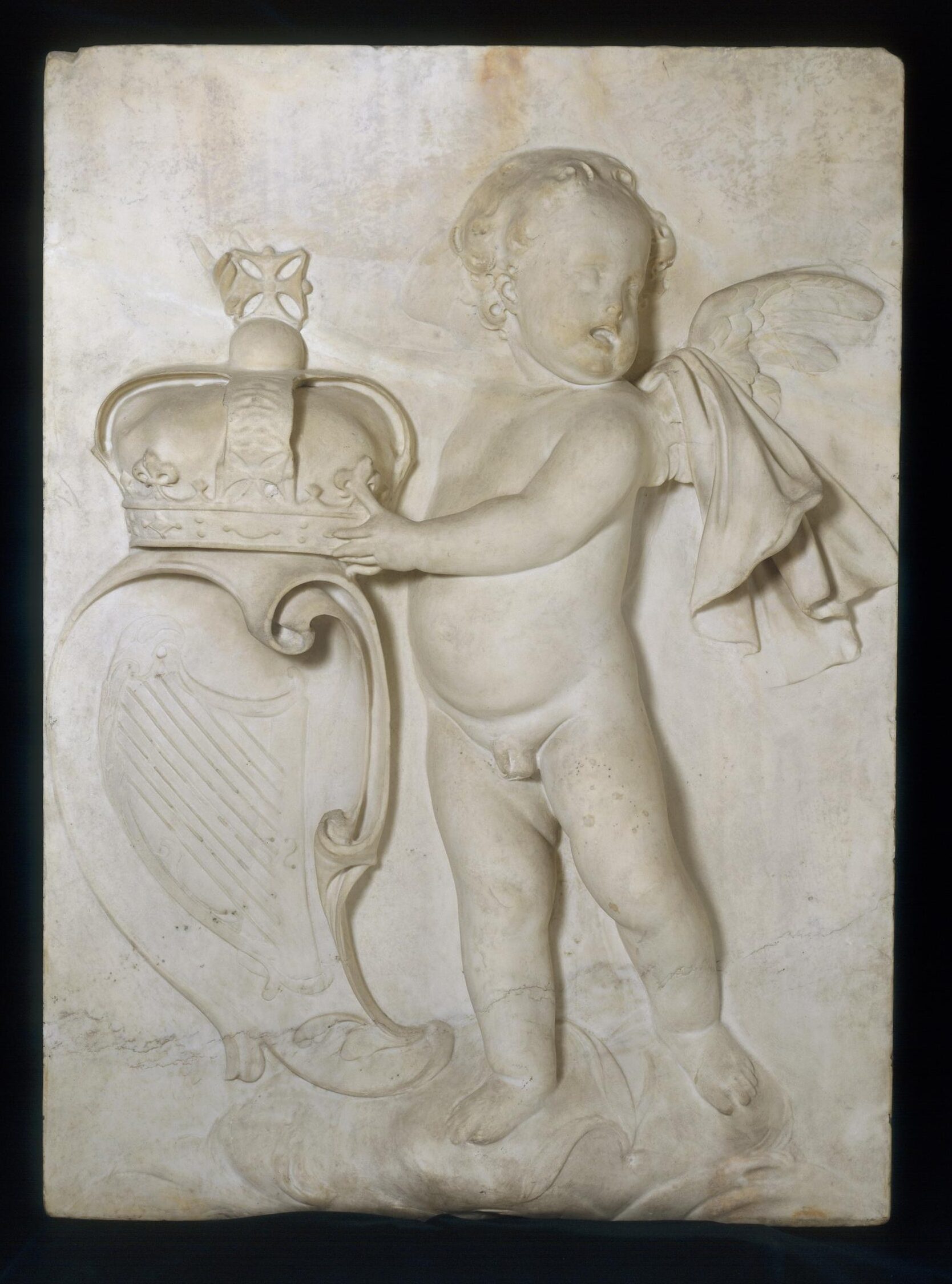 Marble relief of a A Putto holding the Crown of Ireland. The naked putto, looking towards his left, stands on a leafy mound. He supports with both hands a crown which surmounts a large auricular cartouche. On the cartouche there is a harp.

The altarpiece at Whitehall Palace was dismantled following the fire of 1695, and re-erected as the high altar of Westminster Abbey in 1706. In about 1820 it was moved to Burnham-on-Sea, in Somerset. The figurative style of the putti recalls both the surviving fragments from the altarpiece at Burnham-on-Sea, and other known works by Grinling Gibbons and Arnold Quellin.

Although celebrated as a carver of wood sculpture, Gibbons also produced a number of marble church monuments. During the period in which Quellin worked with Gibbons, some important pieces were produced; Quellin had been trained in the Netherlands and was highly skilled as a marble carver. Gibbons may have met him in Amsterdam, where he too probably trained.