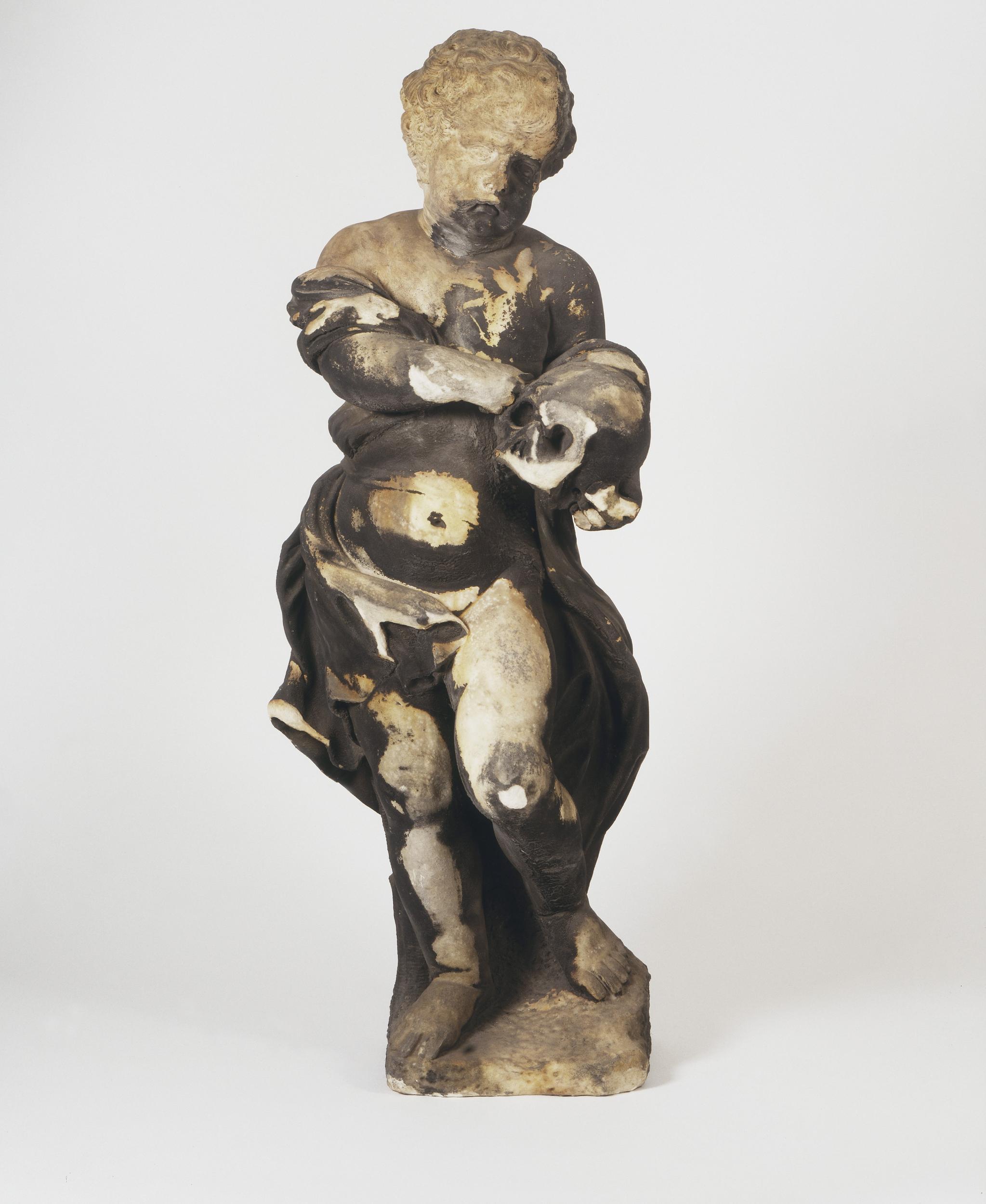 Marble statue of a putto with a skull, possibly workshop Grinling Gibbons or Arnold Quellin, England, ca. 1680-1700. The putto is half-nude, half-swathed in drapery, resting on his right foot, the other leg bent. He carries a skull in his left hand. This figure is badly eroded, possibly from weathering. The attribution to the London workshop of Grinling Gibbons or Arnold Quellin is suggested by comparisons with the carving on the Whitehall Palace altarpiece executed for King James II in 1686. Apparently, prior to the Museum acquiring it, this putto was in the Old Greycoat School, Westminster, London.

Bought for £300 from the Heim Gallery, Jermyn Street, London, in 1982. According to the vendor, previously at the Old Greycoat School, Westminster (founded in 1698).