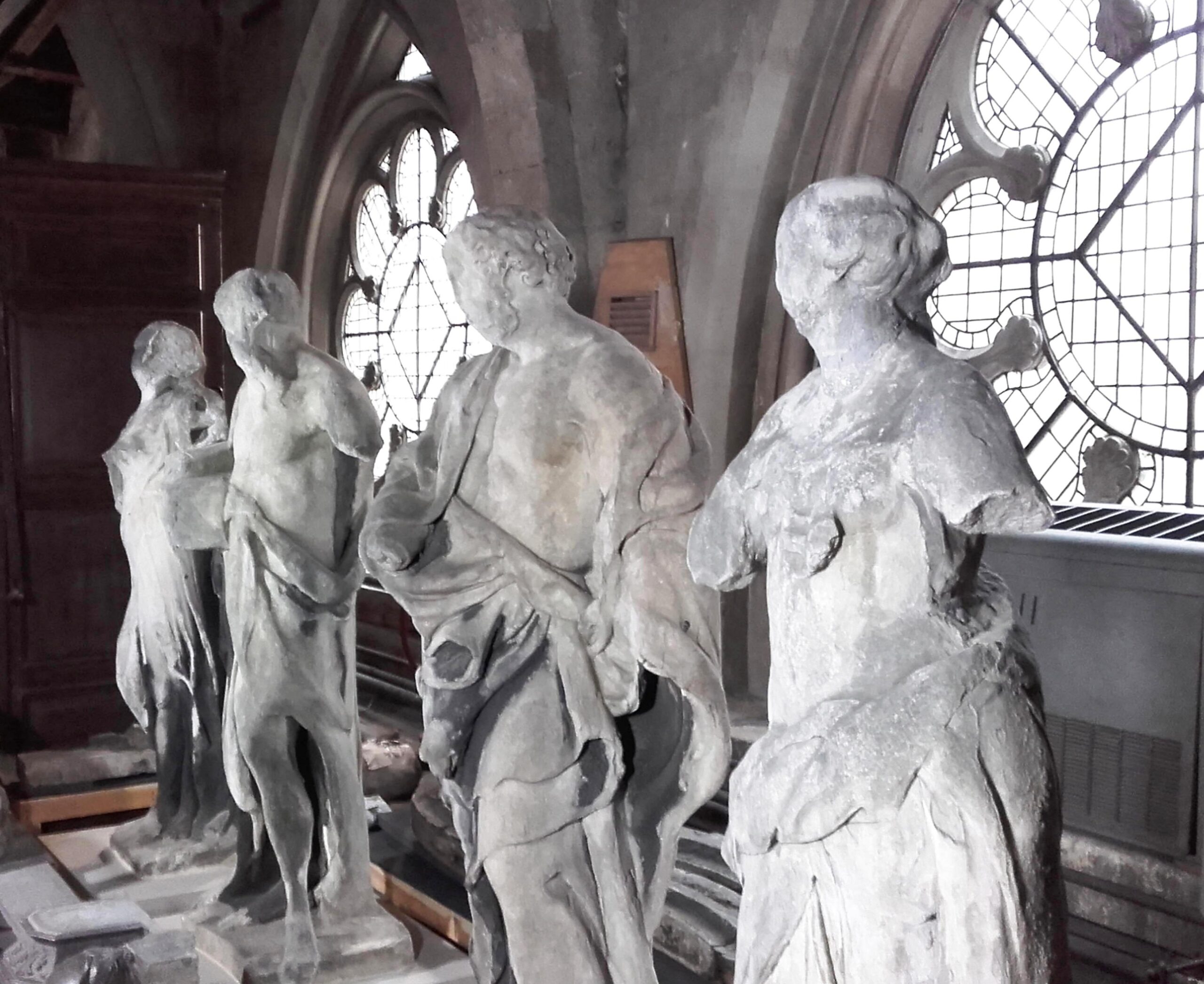 These four large ecclesiastical marble statues are believed to have formed part of the magnificent altarpiece designed by Sir Christopher Wren by order of James II for Whitehall Palace chapel in 1685. The altarpiece was commissioned from Grinling Gibbons and his workshop, and these four statues are attributed to sculptor, Arnold Quellin who worked in partnership with Gibbons.

In 1706 Queen Anne gave the altarpiece to the Abbey to be set up as the high altar (later removed in 1821). Several parts of the original altarpiece did not fit in the space and the large statues were taken to College Garden, in the precincts of Westminster Abbey, where they have remained until recently. St Peter and St Paul were either side of the steps out of the garden leading to Great College Street while the two female statues flanked the gates into Little Dean’s Yard.

In John Evelyn’s diary entry of 29th December, 1686, he refers to the Altarpiece at Whitehall Place chapel and describes four marble statues.

I went to hear the music of the Italians in the new chapel, now first opened publicly at Whitehall for the Popish Service. Nothing can be finer than the magnificent marble work and architecture at the end, where are four statues, representing St. John, St. Peter, St. Paul, and the Church, in white marble, the work of Mr. Gibbons, with all the carving and pillars of exquisite art and great cost.

While this accounts for the two male figures of St. Peter and St. Paul, the two remaining unidentified statues from this group (although very weathered and indistinct) are female, and therefore not St John. One may be a symbolic figure of The Church (as also described by Evelyn) or alternatively St Hope, paired alongside St Faith.