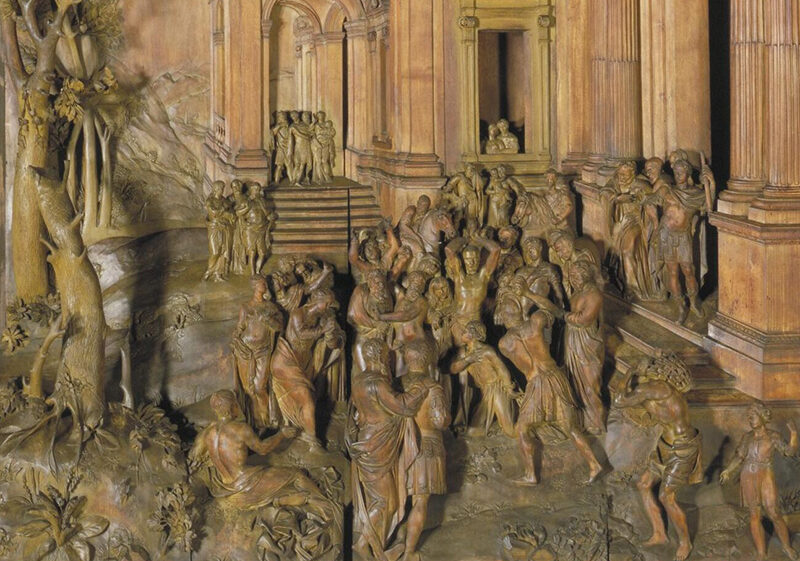 This limewood and lancewood panel is carved by the sculptor Grinling Gibbons in ca. 1690-1710. This virtuoso piece of wood carving is made up of layers of wood fitted together. The fanciful architecture and use of perspective are reminiscent of slightly earlier continental (especially the French and Italian) painting. In the foreground there is a large group of figures, two on horseback, surrounding the dying saint, and behind are two buildings of classical design, in which are more spectators. On the left are trees, and in the background a landscape with heavy clouds.

The panel was a decorative object, designed to be displayed on a wall. In this respect, it was like the famous panel in the Pitti Palace, Florence, which was made by Gibbons as a diplomatic gift from Charles II to Cosimo de’ Medici, Grand Duke of Tuscany. Although the subject is biblical, it may well have been intended for a secular context, rather than as a devotional piece. No record has survived of the commission for this piece. It seems to have remained in the artist’s possession and was probably included in the sale of his effects that took place shortly after his death in 1722. It may have been bought at the sale by James Brydges, 1st Duke of Chandos, for his house at Cannons, Middlesex. The panel shows the Stoning of St Stephen, the first Christian martyr. He was put to death after arousing the wrath of the legislative council in Jerusalem by his sermon arguing for the divinity of Christ (Acts of the Apostles 7: 2-56). Stephen was one of the first seven deacons appointed by the Apostles, and is here shown in simple robes, in contrast with the classical dress of those stoning him. He is looking up to Heaven at a vision of Christ.

Grinling Gibbons (1648-1721) was born in Holland and probably studied under Artus Quellinus I (1609-1668) before he settled in England around 1667. Gibbon’s workshop is most celebrated for the virtuoso wood carvings and reliefs produced for royal and aristocratic patrons, such as the work carried out at Hampton Court, Windsor Castle and Petworth House, Sussex. His workshop also produced statuary and church monuments in stone and marble and statues cast in bronze. 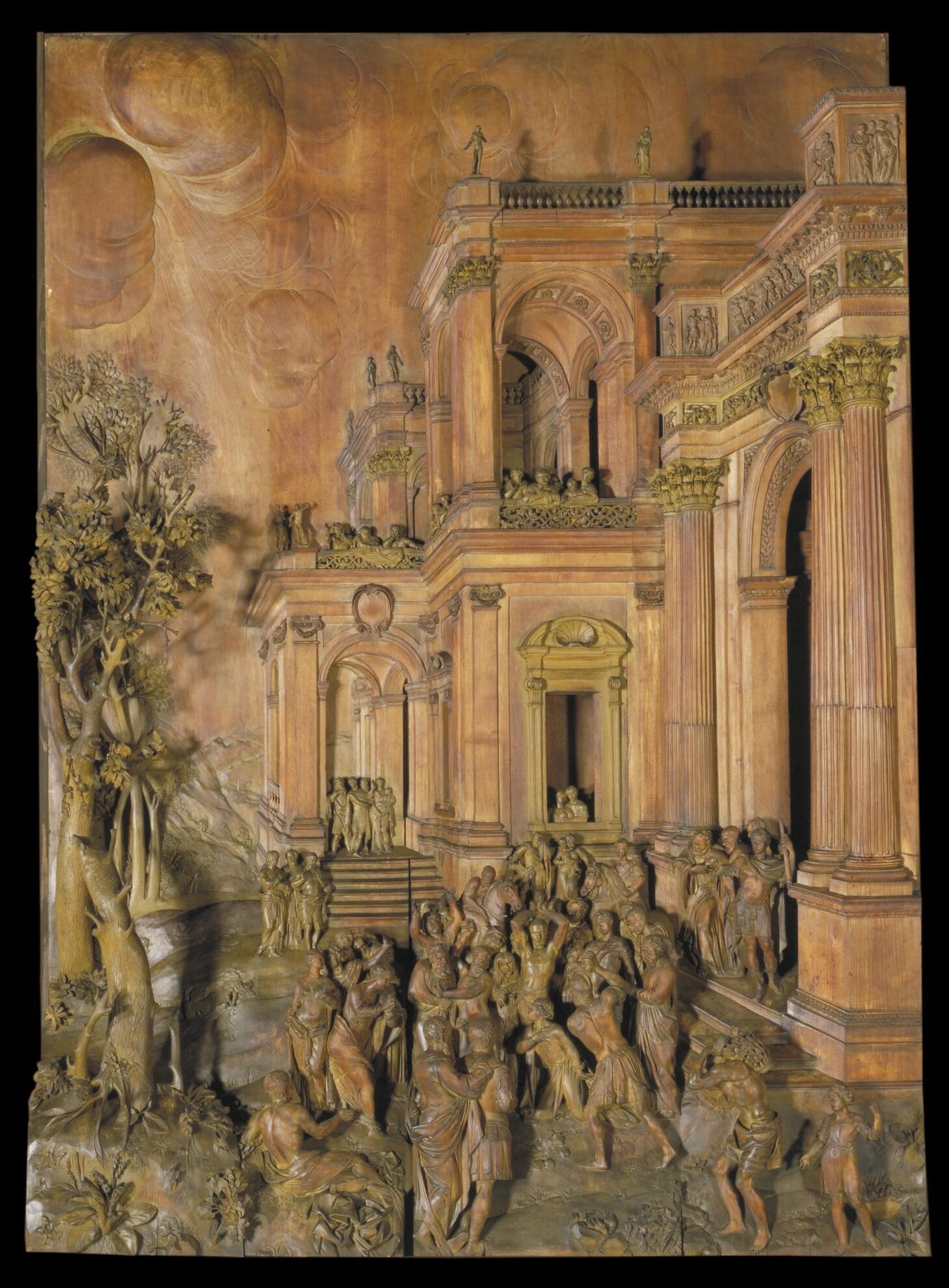